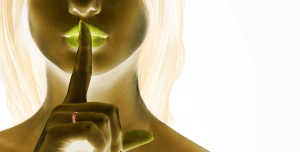 Target. Home Depot. NASA. U.S. Army. Anthem. Wall Street Journal. MarketWired. Ashley Madison. What do they all have in common? They are all recent victims of cyber-attacks – several of these are confirmed to involve SQL Injection. Even though the exact method used to penetrate the other systems has not been released, experts believe that SQL Injection was involved in all of these cases. Take a look at //codecurmudgeon.com/wp/sql-injection-hall-of-shame/ for places that are known victims of SQL Injection.

The part that is really astonishing is that we have known how to stop SQL Injection for more than a decade. Completely. Dead. In. Its. Tracks. Which means that the problems happening today are because of careless coding techniques, and as such, they can be prevented.

A few years ago, I was working for a company that developed and sold software. One day, my supervisor sends me an email titled “Funky query”. Hmm, that sounds interesting… I’ll open this up right away, instead of ignoring it until I finish what I’m currently working on (like I would usually do).

Wayne… one of our customer support engineers sent us this from the application error log of a customer. They were running a report. Any ideas on how this funky query came to be?

Query from error log (genericized… because I can’t use the real query):

SELECT * FROM sys.objects WHERE name = ‘O’Malley’

Me: Umm, boss… Does this report allow users to enter in search criteria?

Boss: But of course!

Me: Well, I really hate to tell you this, but we have a SQL Injection problem.

And after a bit of back and forth where the developers were insisting that no way was there a SQL Injection problem, I sat down with the dev team lead and the boss and proved it to them. We created a dummy table in the database, went to the report criteria form, and I dropped the table.

Before we go into how SQL Injection occurs, let’s first examine what it is. SQL Injection is simply a code injection technique that allows SQL code that the user enters in the front-end to be run against the back-end database.

Please note a few things about this definition:

SQL Injection happens when a SQL statement is created from the data supplied by the user, and it is run by the application or other process. Obviously the intention of the application is to only run the queries that it supplies. Consider a login form with user name and password data entry fields. Assume that the user enters “Mickey” as the user, and “1234” as the password. In this case, the application essentially performs:

This will create the SQL statement:

And when we run this, we get the expected results. But now, a hacker becomes the user. Being wise to SQL Injection, the hacker enters for the password the string

This results in the following SQL Statement being generated:

Since every row matches the “OR 1=1” predicate, every username and password will be returned.

What can a hacker do with a SQL Injection vulnerability?

Scary? Absolutely. However, as I mentioned before, we know how to prevent SQL Injection. And it turns out that it’s just not that hard. Instead of making SQL Statements that include data (either as directly supplied from the user, or from the database), pass that data to the SQL statement through parameters.

If we take the previous example, and modify it to use parameters, we would have:

What’s the chances that you have a password of “1234′ OR 1=1; –” in your system? Assuming that you don’t, this query will return zero rows. SQL Injection has been prevented.

So now you want an example of the difference between classic and blind SQL Injection? Well, I’m not going to show you an example… because this will normally come down to how the application handles the data being returned. In the “OR 1=1” example, if the application only shows the first record, then the hacker won’t see the results of the SQL Injection (unless they notice that it’s showing the wrong data). Or the application may have been coded to expect only 1 row, and if more are returned then it won’t display any.

But how about a second order SQL Injection? Let me explain that with an example. Imagine a form for entering new users. The development team has learned about the SQL Injection on the forms, and they are now using parameters. When the hacker enters for the password:

The generated SQL statement is:

When the data is queried:

We get the following results:

What have we learned so far?

Whenever you are creating a SQL statement, it must never create the statement with data (either from the database, or from what the user may pass). Instead, all SQL statements must use parameters. Even the month-end report.

Within SQL Server, have your queries reference the parameters (ColumnName = @VariableName). If you must use dynamic SQL to build your statement, use sp_executesql – it allows for the building of SQL statements with parameters, and then defining and passing those parameters in as the procedure is called.

In your application, there are several component choices. Some directly execute SQL, and others can use parameters. You want to always use the components that use parameters, and you must use those parameters.

The Open Web Application Security Project is a community-driven, non-profit organization where experts analyze web application security issues and then compile a list of what the biggest issues are. For the last several years, the category “Injection” has been the biggest issue, and this includes SQL Injection.

This isn’t all that they do. They also have educational resources to not only instruct you on how these issues manifest themselves, but what to do about them. I strongly encourage everyone to take this resource back to your company, and to start identifying and addressing security issues in your code.

Another issue is that developers don’t really know about SQL Injection. In the workshops that I have given where this topic is presented, very few attendees have seen SQL Injection in a test environment. Most can barely give an adequate description of what it is. Those that have seen it are usually those who have been a victim of it. So I also recommend getting your company to arrange for SQL Injection training for the developers and DBAs. It would be good to send your QA team to this also.