This screen shot shows my SSMS connection dialog. Note the highlighted entry for my SQL 2000 instance. While I still have that VM around, I don’t run it very much, so I want to remove it from the connection dialog. 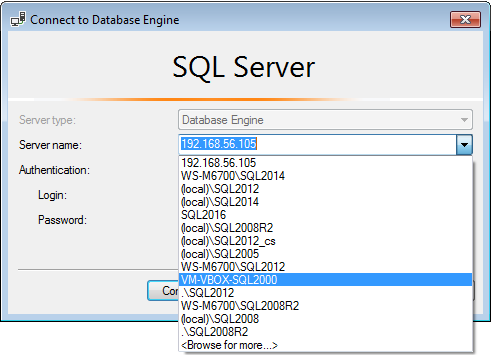 Starting in SSMS 2012, it has become easy to remove these connections. Just highlight it (as shown above), and press the delete key – it’s removed from the list. 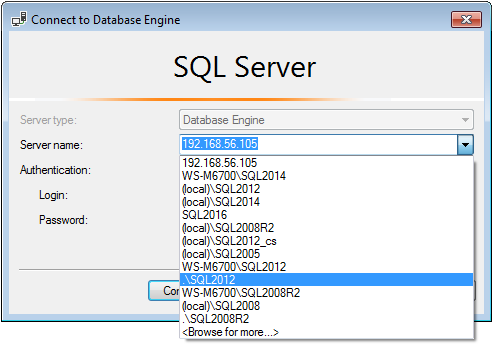 If you have several entries with different logins (say, one with Windows Authentication, one with sa, others with various SQL logins), first select the one and verify the authentication method / login. Then go back into the drop down and delete it.

If you are on an older version of SSMS, the task becomes harder. My suggestion is to just get the latest SSMS – it is now distributed independently from SQL Server. It is a free download, and you can install it in parallel with other versions of SSMS.

If you can’t do that, then you need to either delete or modify the SqlStudio.bin file. If you delete the file, it also wipes out all of the custom settings that you have set up. Depending on the version of SSMS, it will be located at various places:

To modify the SSMS 2008 file, use the SSMSMRU utility.

This post is for day thirty-six of my blog series “A Month of SSMS Tips”. Yes, I’ve gone beyond a month – there’s just so many things that SSMS can help you with! I have a landing page for the series at bit.ly/MonthOfSSMS or at ssms.waynesheffield.com. Please visit this page for an easy place to quickly view all of the other tips in this series.